Find particles on every VLP¶

“What do we know and how can we use it?”

We can use this information to run a one iteration subtomogram averaging project. This should allow us to find a good set of particle positions and orientations, centered on the 6-fold symmetry axes, which we can later use for higher resolution reconstruction.

Unless you already did it after extracting a subset of particles, you will need to extract the whole dataset. Follow the same procedure, but use all the volumes and use as a base name findparticles. 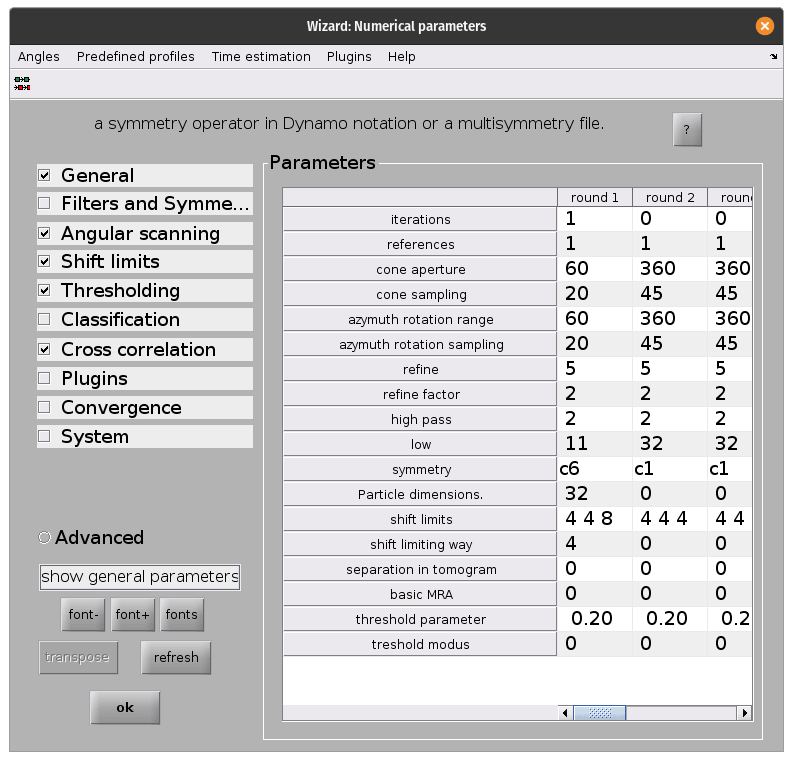 Once the parameters are all set, run the project from the command line as before. This will take significantly longer that the previous time!

Cleaning the dataset based on geometrical constraints¶

The provided scripts are just a few lines long, and are given for convenience and illustration purposes. You are encouraged to read them and modify them for your own purposes.

We can now take a look at the resulting particle positions, written in the output file dynamo/findparticles/results/ite_0001/averages/refined_table_ref_001_ite_0001.tbl.

We can use view_particles.m to open a 3D viewer and examine them. Open matlab in dynamo/findparticles/results/ite_0001/ and run:

You can pan around the view by drag-n-dropping, zoom by scrolling, and change volume by clicking the > and < buttons. 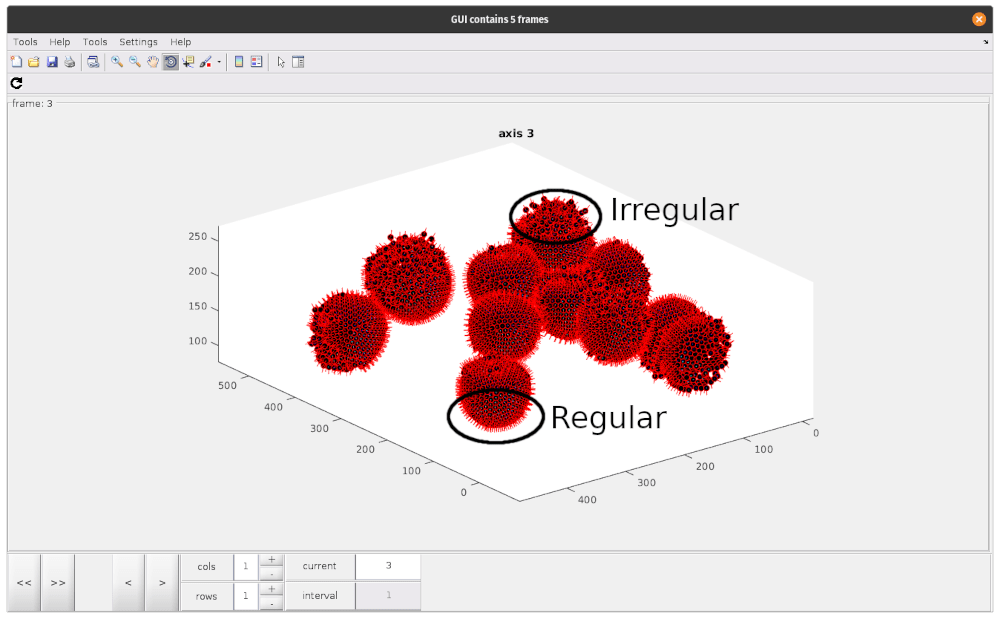 As you can see, there are regions where particle positions appear to form regular lattices, and other smaller, more irregular regions. These disordered patches are likely due to irregularities in the VLP we annotated. To avoid including particles which do not contain our lattice structure, we should try to remove these particles at this stage.

However, the first cleaning step we should take is removing duplicate particles (remember, we oversampled the surface compared to the expected particle density!). To do so, we will use a simple matlab script, remove_duplicates.m.

To run, simply open MATLAB in dynamo/findparticles/results/ite_0001/averages and run:

This will create a new table called result_10Apx_nodup.tbl, reducing clusters of multiple particles within 4 pixels (half the distance we measured earlier) to a single particle.

The next step is to remove particles that don’t belong to the lattice. To do so, we use check_radial_distribution.m.

Once again, in the same directory, simply run:

This will open a plot of the radial distribution of neighbouring particles for the whole dataset. Here, we can see a high peak at around 7.5 px, and periodic peaks after that.

If you are wondering why the second peak has two sub-peaks: it’s the honeycomb pattern! The second shell of neighbours is actually composed of two shells at slighly different distances. 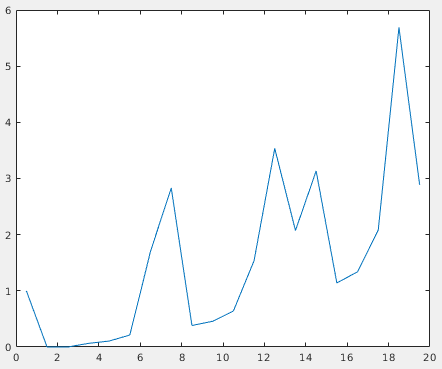 This confirms the previously measured interparticle distance and the fact that most particles slid into ordered positions in the lattice. We can use the first peak to select against particles that don’t conform to this distribution. The next script, subset_table_based_on_neighbours.m, removes all particles that don’t have at least 3 neighbours in the radial shell at distance 7.5 px. To use it, run:

When finished, the script will open a viewer to inspect the table before and after the processing. Switching to a less clean dataset (for example TS_43) will make it clear that most bad particles were removed.

The final output is a new table called result_10Apx_nodup_neighbourcleaning.tbl which contains only references to the particles that we selected. This is our cleaned dataset, ready for refinement in RELION!